On March 27, Josep Lluís Mateo gave a lecture entitled “Footprints” at The Cooper Union in the frame of the “Current Work” lecture series, co-hosted with the Architectural League of New York. Nader Tehrani, renowned designer and current Dean of the Cooper Union, presented Josep Lluís Mateo making an interesting overview of his career. Here we share his introduction:

Tonight, it is with great pleasure that I welcome Josep Lluís Mateo to Cooper Union. I met Mateo only recently, about 4 years ago, and of all places, in Amman Jordan on the jury of the CSBE competition, which featured a vast range of student work from the Arab world. But as I listened to him speak, reading the projects with a level of intricacy and critical care, I was reminded of his intellectual presence from the beginnings of my education; indeed, Mateo was the editor-in-chief of Quaderns from 1981 to 1990, the very years of my formal education, between Providence, London and Cambridge. But maybe more than anything, my memory takes me back to a moment of architectural discovery: an early project of Mateo’s that to this day remains a masterpiece of materiality, architecture, and urbanism. In 1985, at the youthful age of 36, Mateo completed the development of the Medieval Town of Ullastret, near Girona. In a town of virtual ruin, Mateo intervened as a delicate surgeon, crafting laminar inlays into its masonry streets, with a new infrastructure composed of layers that included plazas, stairs, seats, fountains and water channels. In a tense dialogue with its context, these interventions still stand today, as fresh as the days in which they were conceived, and as relevant as I imagine them to be 50 years from now.

With thirty years of engagement, Mateo has had a vast impact on architectural culture and pedagogies. With a professorship at ETH, he has also served as guest professor in numerous institutions such as the Harvard Graduate School of Design, he is also now the partner and editor of the online platform called TRANSFER, which features a range of essays, architectural projects and speculations.

Mateo’s more recent work has taken him across a range of other scales, often with robust, large urban buildings, unapologetic in size and girth. These have all become the basis for varied experimentation and the development of certain preoccupations: what I hope we can speak to further in the exchange after the talk.

But in all, his early fascination with history in the context of the city has produced a series of new projects which expand on issues of historic preservation and intervention, that while thoughtful and strategic, are also unafraid of establishing the voice of the author.

The El Ninot market, for instance, is an exercise in mediation: on the one hand, the identification of the characteristic features of the original 19th century marketplace, and on the other, the clarity of the intervening insertions within the structural bays in between. But also, within this commercial typology, we witness the architect understand the inevitable conundrum of engaging a building whose daily life involves for us, the total loss of control of architecture itself. When shut down, the folded surfaces of the stainless-steel skin cascade down the elevation in their exquisite autonomy, but eventually as a canopy door below fold up, exposing the market stalls within, and allowing the commercial content to spill out with irreverence, celebrating the informality of other organizations that compete with, and indeed enliven the patterning of the architecture.

The fascination between the figure of architecture and the patterns that makes up its surfaces are now emblematic of a range of recent work. And through key projects, the pattern is explored in typological terms, through environmental performance, phenomenal terms, through the semiotics of hypergraphics, and yes through ornament too. And through these explorations emerges an ethics of sorts: a deep discipline that speaks to the timelessness of history, as well as a playfulness that is part and parcel of this moment. His projects speak to our times, and continue to provoke with both polemic and delight!

Please join me in welcoming Josep Lluis Mateo to the Great Hall! 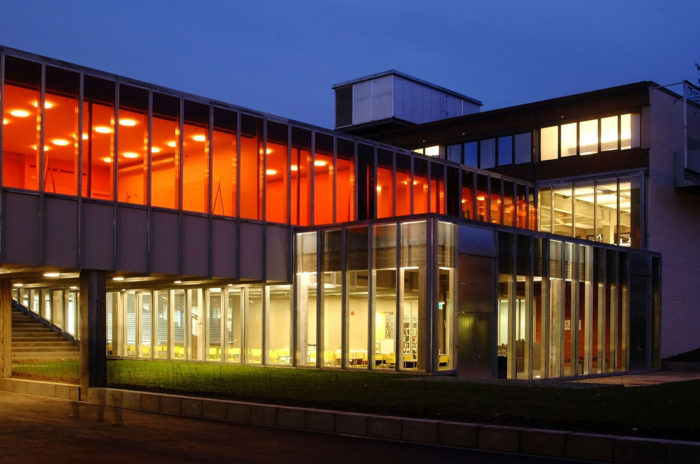