Menu
The blue house on the sea, by Ignasi Solà-Morales

On a cold and blustery Saturday in February 2001 Ignasi Solà-Morales and I went to visit this house in Mallorca. The assignment was to write an article for the magazine Domus (n. 836, April 2001), an assignment Ignasi accepted with the generosity and open-mindedness that characterized him. The trip was long (various planes plus a slow car ride) and gave rise to intense conversations full of complicity and projects for the future. Two days later his sudden death was, for me as for many others, a huge blow.
In the local context his figure had represented the sole point of reference and protection for we youngsters in an environment typified by nepotism, adulation of the powers that be and mediocrity.
His absence still weighs on us all.
As chance would have it, this was his last piece of writing.

View all photos
The blue house on the sea

“…On the one hand, the singular embraces the plural; on the other, the plural is contained in the singular. The singular first expands and then contracts. The plural contracts only to later grow and spread.” (Aldo Van Eyck. CIAM 1959, Otterloo)

The site is on the seafront, at the water’s edge, in Alcudia Bay, part of the northern Mallorca. Spread before it is the sublime immensity of the blue horizon. Nearby a number of small irrelevant buildings have cropped up here and there with an uncertain presence, incapable of producing any sense of order.
José Luis Mateo has built a house here that rises, apparently indifferent to its immediate surroundings, and the local topography. It concentrates instead on the great spectacle of the open sea, and the world creates by the house itself.
Like a solitary object placed cautiously in a privileged setting, its back is turned to its surroundings.

Approaching, the first thing we see is a solid, powerful artefact, the result of a studied articulation of two elementary prisms. A large volume runs north-south from the mountain slope down towards the sea, white and powerful, penetrated by a taller but lighter vertical volume, painted an intense blue, which is enmeshed with its counterpart, piercing without traversing it. This is the fundamental architectural gesture that defines the building: a hard but carefully measured encounter between two items in space. An elementary operation in the best abstract tradition, where balance seems to give way to tension between the two forms, like the energy that holds up a complex object in empty space. To some extent this is a sculptural concept. Not rhetorical or grandiloquent, but rather measured and carefully judged, without losing the power of the departure for the building is merely the start of a process of growth, expressed in successive layers that attempt to bring diversity to the apparent simplicity of the first move.

The basic dual body also works as an outward-moving centrifuge, provoking ruptures, and displacements. It is as if the building and its powerful internal energy had begun to push in multiple directions and affect the surface in a diversity of ways.
Low units, porches, jutting volumes, ramps down to the basement, notches in the sharp edges of the angles and perforations all form a sort of rash on the powerful bodies of the two enmeshed volumes.

The building expands. It pushes from within, demanding the break-up of volumes that are too elementary to contain all the energy held inside. It is a force that establishes transparencies, microenvironments, unfolding circulations, in-between, visual spaces, and reciprocities. This is neither the self-enclosed universe of Ville Savoye nor the organic sprawl of Wright’s Kaufmann House. It is totally different strategy, based on the initial autonomous concept of the object in the landscape that is subjected to an energy which tirelessly animates the interior. The house is a microcosm, full of unlimited spatial possibilities: above and below, in front and behind, up and down, open and closed.

The interior of this house is an interminable labyrinth of spaces: connected, separated, fluid, and powerfully shaped. A determination not to give up any of the spatial possibilities and tireless effort to embrace other incidents, has resulted in an interior system which, in the context of the initial gestures has an unexpected richness. The extremely elaborated plurality of intentions spreads out from inside the building, turning what might have been minimalist purity into excess and dispersal, pressing against the original matrix of form.

The house generates interior, intermediate, adjacent and local landscapes. An infinite sequence of views, environments, and thresholds turn the building into the microcosm described above, a microcosm corporal, dense with reality, material and tactile, in which the decisions on technical issues and taste are made intelligible and apparent, unfolding with no other coercion than that imposed by a sovereign decision on the advisable extent of each thing. What in the first encounter may seem to be abstract, elementary, in vitro, almost reductive, is animated when the project assumes the contamination that the lived-in space demands from the basic geometric form proposed as an initial configuration.

We tend to value the unity of an idea, the linear process that goes from the general to the particular or vice versa. An unconscious laziness leads us to privilege clear, distinct processes. Working from duality, the collision of interests, using a conception of vitality as conflict, as the demanding task of linking inevitably different types of logic, is not the normal way to produce architecture. But an architecture of difference cannot but accept this effort, and take on the labor of facilitating the straight line and the labyrinth, and determining both what is reasonable and what is desirable.

Daedalus, the Minoan hero, the first mythical architect, was responsible for both the most vivid representations of Athena and for the original labyrinth, the complexity of which was such that only the thread he gave to the beautiful Ariadne would lead to the discovery of a way out.

Ignasi de Solà-Morales (Barcelona, 1942–Amsterdam, 2001), architect and philosopher, was Professor of the Theory and History of Architecture at the Escuela de Arquitectura de Barcelona and a guest professor at many American and European universities. A founding editor of the magazine Any, he was on the editorial boards of a number of international magazines. The author of several books and many articles of criticism published in the chief international specialized magazines, he divided his time between his theoretical and teaching activities and his professional practice as an architect. 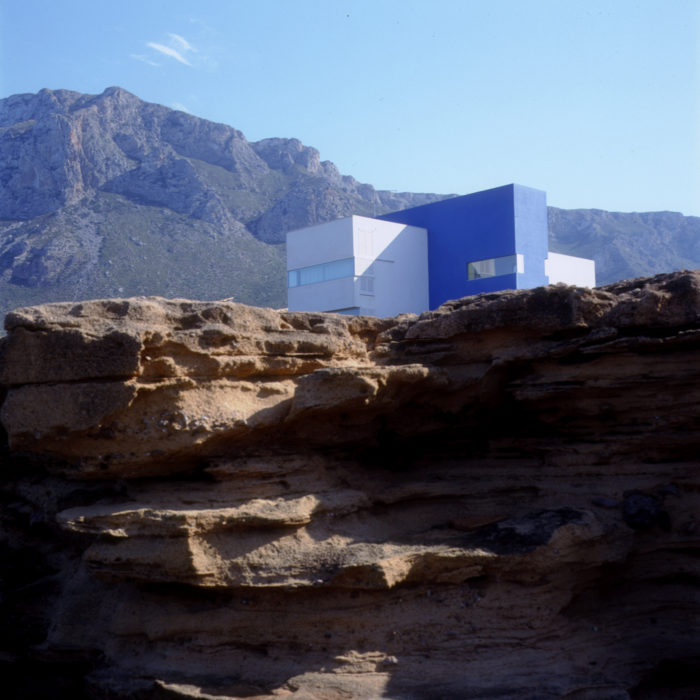 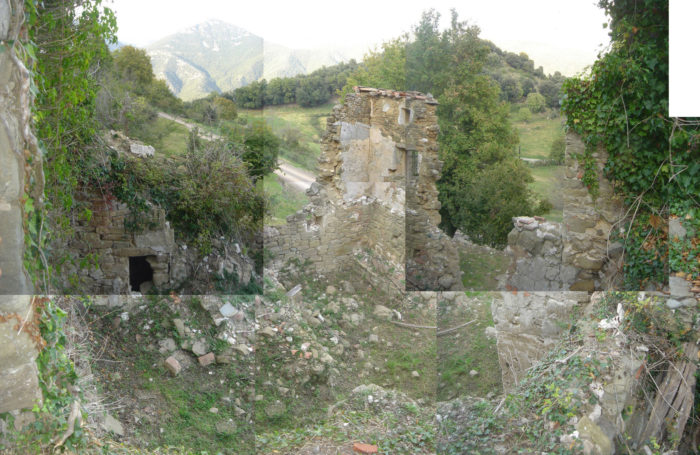