“Silence cannot be heard. It is, perhaps, the muffled murmur that the absence of sound produces in our ears. And, in the silence, the song of birds, of branches moving in the wind, of dry leaves as they touch the ground, the rustle of an animal hiding, the lapping of the waves. Or our footsteps. Then there is the silence of words unsaid. And the silence of the dead.
Silence is the absence of sound, just as darkness is the absence of the image. Only in the desert have I heard silence.
El Silencio is the thought-provoking name of a hacienda in the countryside of Venezuela, where livestock, cows, sheep and horses, graze beneath gigantic trees like the saman and the mahogany. It is also where most of the photographs in this book were taken.”

Surveying Toni Catany’s images of the Venezuelan estate of El Silencio and reading his text on the subject, while listening to Frederic Mompou and his Silent Music (“The silent music, the sonorous solitude”, John of the Cross), I thought of a related theme, directly associated with the photographer, which this series clearly tables.

That theme is light. And, in the hands of the artist, its opposite, darkness, as the ultimate expression, by contrast, with lightness. Without darkness, without light, without shadow, there is neither knowledge nor perception of the physical world.

Toni Catany’s interest in darkness is a very obvious part of his work.

Surveying these extraordinary photos, I stop at two, which are complementary:

One geometric, tectonic, inorganic, with materiality and texture, where the trace of light gives it depth and movement.

It shows a world that is hard and rigid, yet dynamic and living.

The other, complementing it, is organic.

With a clear, geometric, bipolar structure: black earth, light sky (the latter enlivened by the irregularity of the clouds).

And, most of all: those posts that irregularly introduce vital chaos into the Cartesian order of the composition.
That seek desperately to connect the earth with the sky, exhausting its forces in this combat.

The Toni Catany Foundation asked Josep Lluís Mateo to reflect on some of the photographer’s works for the series “40 Photographs for a Quarantine”. 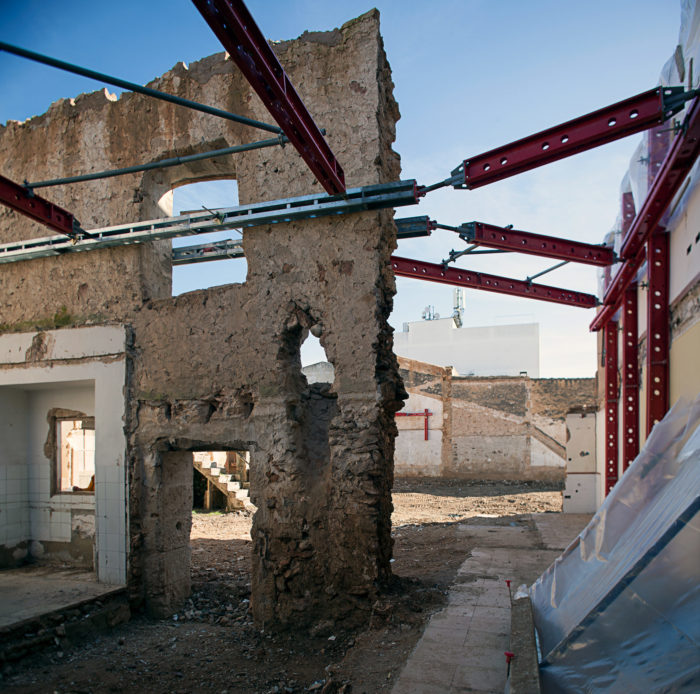 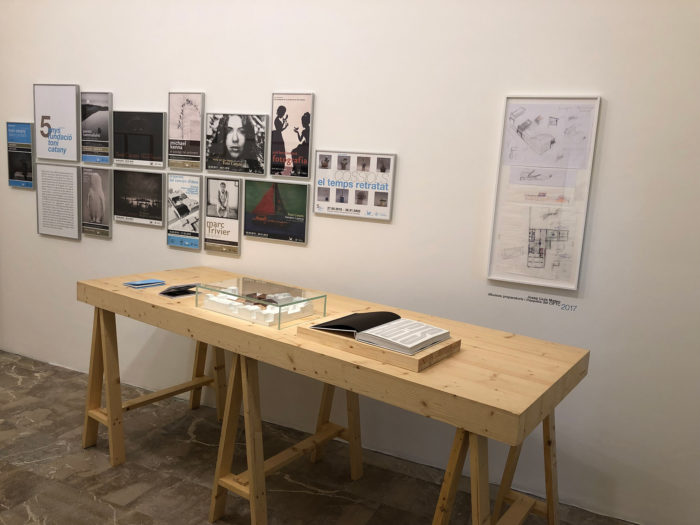