16 social housing block for the “Housing Festival” in the Hague, The Netherlands

On a tract of land initially set aside for a motorway that was never built, OMA designed an urban development intended to celebrate the construction of dwelling number 200,000 by the city’s housing cooperatives. The urbanistic project, developed on a strip of land 40 metres wide and several kilometres long, organized three sectors with different densities, using a repetitive structure and intelligent regulations that left plenty of space to manoeuvre.

For reasons of economy, everything in the building was prefabricated. The structure comprised concrete walls supporting floor slabs, all prefabricated and assembled at top speed. The basic structure of the building was thereby enclosed at either end by walls against which were built the main and emergency stairs, metal structures in keeping with the general constructive order.

The lengthwise façades are light timber structures clad with synthetic sheeting that, personally, I find highly attractive, though undervalued in Holland. Here, the basis of the idea is the panel: empty space and wall aspire to be one and to express the unity of the panel; these ideas inform the colourist result. Colour separates the parts (each part is different to its neighbours and stands out for itself) but also serves to unify, particularly in the north façade, in which window and panel are one and the same.

The section organizes the building. On the ground floor, the dwellings have private access to the garden. On the upper floors, corridors leads to the various homes, designed with one level of small rooms and another, as far as possible, like a great loft with a larger spatial scope for the occupants to use and enjoy. 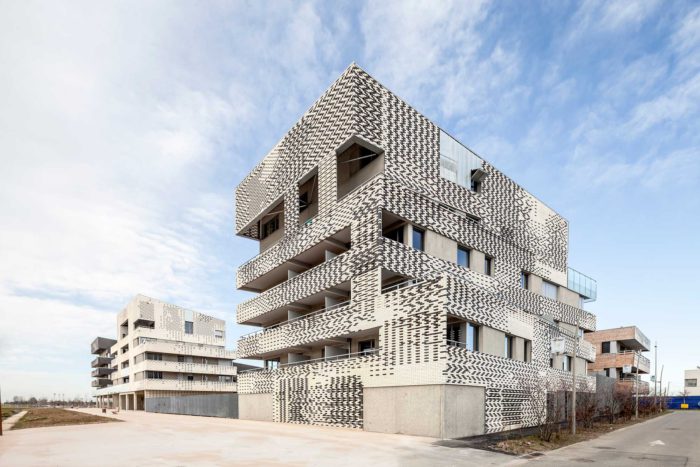 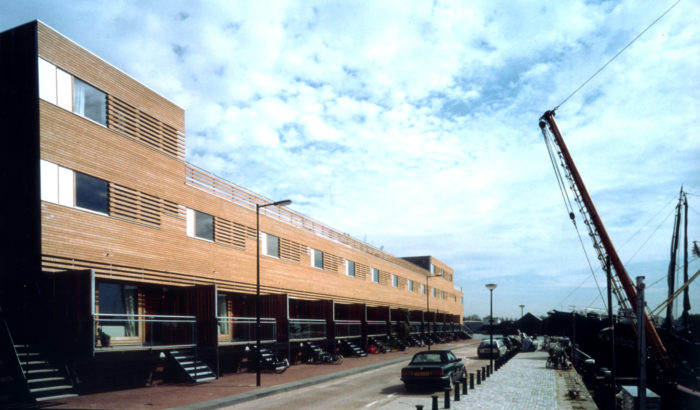 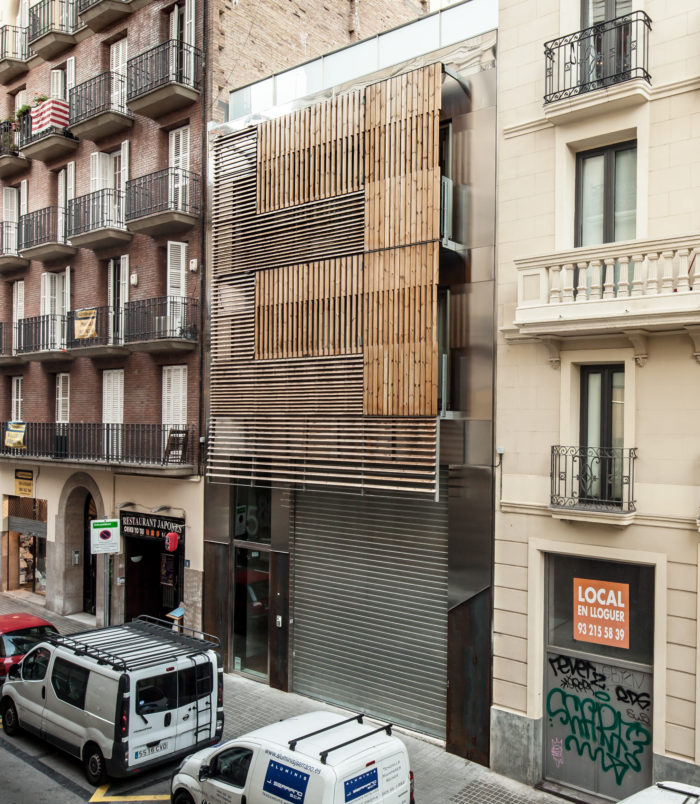